QuickBooks Self-Employed – Not Perfect, But Better than Nothing 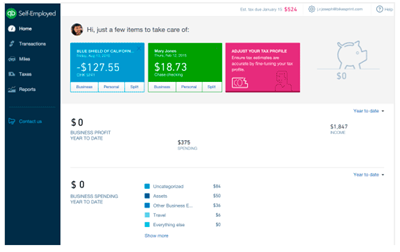 The vast majority of people using QBSE are indeed ‘small – very small’ self-employed and 1099-workers. They are the Uber drivers, and delivery guys bringing you your pizza. They are the contract-clean-up guy at a construction site, and the handyman you got as a referral from Lowes.  They are the people who previously wrote their mileage on a ‘Big Chief tablet with a number 2 pencil’, kept all their expense tickets in one shoebox, and if they bought a ‘$79.00 tool’ it was expensed (which it should be). But don’t think that you can write-off QBSE because it is growing in leaps and bounds having gone from 0 to nearly 700,000 users in just over 18 months, even outgrowing regular QBO. Some will argue that you can’t track fixed assets or produce a balance sheet with QBSE. Both are true, but these people really aren’t at that level of sophistication yet. The vast majority have one fixed asset, their vehicle, and it is going to get tracked as part of their year-end tax filing. That’s an easy enough adjustment to make when the time comes. They don’t need a Balance Sheet all year long, and let’s face it, they are not required to have one by the IRS. They are just Schedule C. These are people at the stage where they are excited about the fact that they are even tracking these things in an App. Heck, until QBSE came along, both their grocery receipts and supply purchases were going into the […]

Keep Reading QuickBooks Self-Employed – Not Perfect, But Better than Nothing