Turning grass-fed beef into jerky is tough, but ditching spreadsheets for cloud-based QBO and Fathom reporting tools is easy.

When he couldn’t find high-quality, on-the-go protein snacks for his new way of eating, Jason Burke, chief hunter-gatherer for The New Primal, based in Charleston, South Carolina, created them.

His pursuit of grass-fed jerky turned into an obsession, which turned into a business. As things took off, Jason knew a balance between dreaming and reality would be critical.

His initial philosophy was: “Bite off more than you can chew, then chew like hell.”

But he soon realized, while that strategy may work for a business starting from scratch, it wouldn’t take you to the next level.

In 2010 when Jason changed his diet to follow the Primal philosophy of eating, he discovered that primal foods were not typically portable and high quality.

So he started dehydrating meat made from pasture-raised animals. He didn’t mean to start a business, but since no one at the time was producing grass-fed jerky and the grass-fed market itself was hot, he knew someone eventually would.

“I needed to do it first,” said Jason. 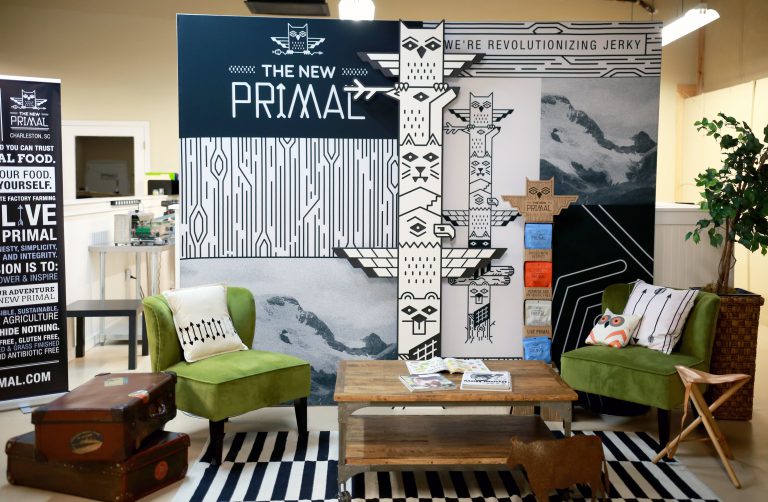 The New Primal offices represent the uniqueness of the founder and the product.

He delved into USDA regulations, ecommerce practices and learned about packaging and manufacturing and launched the business online in 2012. In parallel, he cold called every retailer in the country, finally landing a meeting with the 1,100-store supermarket chain Publix. They loved the idea!

Jason needed a clear understanding of the company’s financials to make smart decisions for growth. How could he keep dreaming and growing his business while having to crunch numbers?

“We were using QuickBooks Online for payables and receivables and knew there was a month- over-month increase, but we didn’t know how that was happening or truly understand our margins,” said Jason.

“We were not focused on finances — we are not finance people.”

As the “dreamer” focusing on creating products and inspiring his team, he knew the “reality” of dealing with financials needed to come from outside. Jason hired Accountfully, a QuickBooks Online-savvy business that provides the traditional expertise of an accounting firm with strategic management.

They introduced him to Fathom, an insightful reporting and analytics tool found on Apps.com. It integrates with QuickBooks Online and helps small-to-medium business owners such as Jason grow their company. Jason had found the perfect reporting solution to transform his company and business decisions.

“If I go by the ‘80/20 rule,’ manually pulling reports is not a good use of my time. Fathom makes it super clean and I love the integration with QBO” Jason said.

“For any dashboard or key performance indicator we set up — BOOM — now I have beautiful reports with amazing, clear data.”

Available all over the US, their hormone and antibiotic free jerky is popular 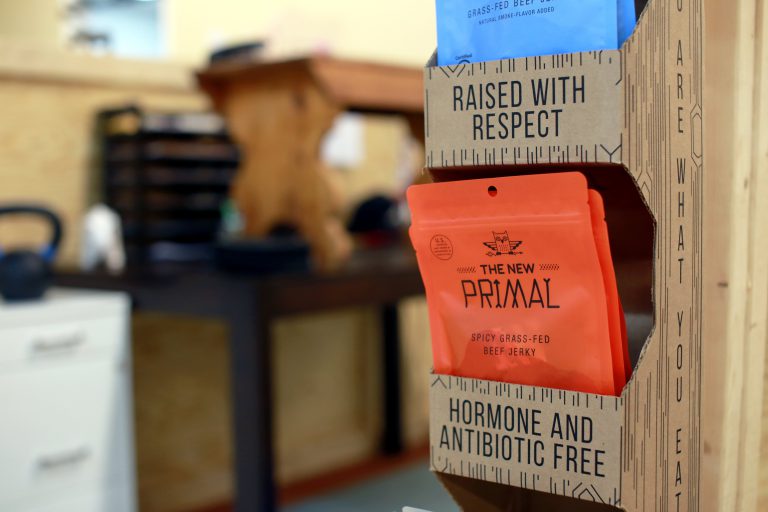 Having intuition validated by data, Jason and his team now have the confidence to create the right product extensions.
“We have so many ideas, but we are able to pull back,” he said.
Newfound clarity gives them the discipline to say no. One solid new idea is jerky sticks, a popular product that is forecasted to increase consumer brand awareness and generate quick sales to satisfy retail partners.
“Small businesses have limited time and resources,” said Meredith, Ebenhoeh co-founder of Accountfully.

“With QuickBooks Online and apps like Fathom, The New Primal can better focus their attention and narrow ideas down based on what is profitable.”

On the road to growth

The New Primal is now on board with the biggest natural foods distributor in the country and its hormone and antibiotic-free, grass-fed beef and turkey jerky are available at Publix, Whole Foods, REI, Sprouts Farmers Market and hundreds of independent retailers. The plan is to take the company to the next level, aiming for $10 million in sales.

“Our business changes quickly, Jason said. “Every month is like a new year. This approach is the perfect model for a rapidly growing start up.”